Our cases - our spaces

Foundation “Jelena Santic” will conduct a research on “The Pioneer City” in Kosutnjak, Belgrade as a dissonant heritage with many memory layers. This location, known as an air spa since 19th century, during the WW II was headquarters for German army and it became Pioneer City during volunteer action after 1947. Pioneer town was built on a small area (8,40 ha). By the end 1962, it was expanded to 40,00 ha. Since its creation, there were promising plans for its construction and development, which is never fully realized. After the Yugoslavia break, it accommodated refugees and unfortunately some displaced families still live there. Currently this space belongs to the City of Belgrade, is extremely rusty and its facilities are given in a sublease of public and private companies. City of Belgrade has initiated the restoration work in this area, but only for sporting activities. We would like to envisage it as a possible model of a socio-cultural space that can be designed not only in Serbia. The Pioneer City is also an urbanistic valuable model, not only in Serbia, ex Yugoslavia, but also in former communist countries. At the same time the content of the space (spaces for artistic development of youth…) is extremely relevant for the development of innovative socio- cultural space that FJS will envisage. 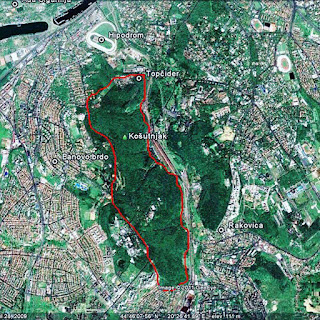 Lokomotiva wants to develop a new contemporary performing arts and culture space, as a new paradigm of a public space for art and culture, in an old cinema building (kino Kultura), space related to the cultural memory from Socialistic Yugoslavia, being an urban symbol of the city that was privatized with the law of de-nationalization. Hasn’t been considered by establishment to be restored by returning it in public hands as site of a cultural memory instead of investing in new monuments and building (as part Skopje 2014). Our idea is to develop the model on which we will base general advocacy for re-claiming the public spaces with socio-cultural memory instead of building new spaces. CSO Slobodne veze/Loose Associations’ initiated project “Motel Trogir” in 2013, space which marks one of the neuralgic points of the town since for many years it has been standing devastated due to unresolved ownership issues (due to the non-transparent privatization of what once was ´societal property´, in the beginning of the 1990s). 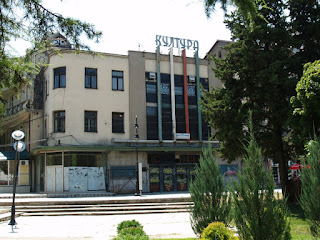 Slobodne veze/Loose Associations platform since 2013 started the campaign for the formal protection of the Motel Trogir and result led to the inscription of the Motel in the Registry of Protected Cultural Goods by the Ministry of Culture of Croatia, at the end of 2013. Since then CSO Slobodne veze has performed various cultural activities with a general aim to reaffirm and critically re-think the public space, its usage and its contribution to the better quality of life of the community. Through this project we would like to share our experience with the partners, develop a sustainable model or an artistic residential and community space. 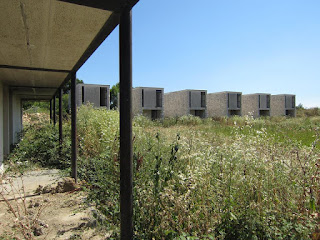